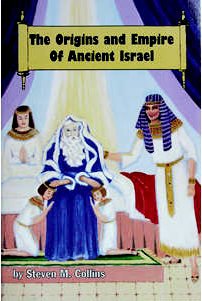 It has long been known that the Phoenicians had the sailing and navigational skills to make long, trans-oceanic voyages to distant continents. The reader may be surprised that this has already been documented by many historians. In 1834, Sir William Betham wrote:

“The advancement of the ancients in the science of navigation has been much underrated.”29

The late Dr. Cyrus Gordon was a highly regarded archeologist and historian of modern times. A 1996 issue of the magazine, Biblical Archeologist, contained several articles devoted to his career and his many accomplishments.30 Dr. Gordon wrote the following about the Old World’s awareness of the New World.

“The evidence points in the direction of an ancient maritime system of which the Mediterranean was only a part…This is reflected in the Timaeus of Plato, which tells of an…ancient Atlantic Order with interests extending from America into the Mediterranean. It is futile to…forget his plain reference to the continent that seals off the Atlantic Ocean on the West. This continent — which Plato mentions without more ado because it was well known to his reading public — can only be America.”31 (Emphasis added)

The McClintock and Strong Cyclopedia, offers the following information about the navigational skills of the Phoenicians that enabled them to navigate across the oceans.

“…at no time, however remote, has the interposition of sea presented much obstacle to the migratory dispositions of mankind…the Phoenicians, with far more knowledge, it is probable, of the art of navigation, than modern assumption gives them credit for, were to be seen in the Mediterranean, the Baltic, the Atlantic, — every where upon the waters.”33

Thomas Johnston’s 1913 book, Did the Phoenicians Discover America?, offers much evidence on the mechanics of Phoenician navigational skills and tools. He begins by saying “the compass…was clearly a Phoenician invention,”34 and adds that the Phoenicians determined suitable sailing seasons by the “rise and setting of the Pleiades.”35 Johnston adds:

“Once…steering by a stellar object took…place (which was clearly of Phoenician origin), supplemented by the use of the magnet, which enabled the navigator when the weather was cloudy to determine his position and direction (also, it is equally clear, a Phoenician invention), then the last obstacle to a complete mastery of the sea was removed.”36

Johnston explains that early magnets utilized “loadstones,” which were stones with magnetic properties. These served as compasses by always pointing to magnetic north when suspended or when allowed to float freely in a “water compass.”37 The Phoenicians’ ingenuity was remarkable, as it allowed them to know their ships’ heading and direction, whether it was day or night, clear or cloudy. This ability would allow them to not only cross the oceans with confidence, but maintain reasonably-fixed sailing schedules, an important aspect to the commercially-minded Phoenicians. Dr. Barry Fell commented on the Phoenicians’ regular sailing schedules to ancient America, as noted earlier.

The reader might justifiably wonder at this point, given the extensive evidence of Old World civilizations in ancient America, why America’s history books have not been updated with this new information. The reason is, unfortunately, that the modern academic establishment as a whole is in a state of denial regarding these discoveries because the facts overthrow “established” theories.

Dr. Fell noted that some archaeologists were so deeply in denial about the realities of ancient America that they tried to dismiss clearly readable ancient inscriptions as “accidental markings made by plowshares and roots of trees…(and) colonial stonecutting drills.”38 Ancient American dolmens, megalithic monuments consisting of a large slab stone positioned atop smaller supporting stones, have been found in New York, New Hampshire, Connecticut and Massachusetts, which parallel Old World dolmens. These locations are all near the ancient Phoenician/Celtic temple and calendar complex called “Mystery Hill” in New Hampshire. These obviously man-made structures have even been called glacial “erratics”39 to deny the obvious evidence of Old World ties to ancient America. It is unfortunate that some in modern academia have resorted to such unscholarly, fanciful extremes to maintain a state of denial regarding the evidence of Old World civilizations in ancient America. As a result, the exciting story of ancient America’s history has been largely withheld from the American public.

Unfortunately, the concept that “Columbus discovered America in 1492” has become such a cherished dogma that it now commands an almost superstitious devotion from modern academics. Columbus was a very brave mariner, but he was clearly preceded by other discoverers and colonists from the Old World who settled the New World millennia before Columbus. Columbus’ voyage was a courageous effort reestablishing New World links after the Dark Ages, but it is now known that such links commonly existed prior to the Dark Ages.

So far, we have discussed only the Phoenician inscriptions and presence in the New World. As noted earlier, the ancient Egyptians were also allies of King Solomon during his reign. Their navies were also skilled in oceanic navigation, utilizing the Semitic inhabitants of ancient Libya as their mariners. The ancient Egyptian-Libyan fleets sailed across the Indian Ocean and sent exploration and mining expeditions into the Pacific Ocean. The Egyptians mined gold in Sumatra,40 and writings and drawings of their Pacific explorations are found as far as the Hawaiian Islands41 as “the Egyptians roamed the Indian and Pacific Oceans for gold about 1000 B.C.”42 The date “about 1000 B.C.” is significant as that is the time when the united kingdom of Israel, under Kings David and Solomon, moved to world prominence, with the Phoenicians and Egyptians serving as Solomon’s allies. That the Egyptian fleet would be searching a large portion of the world for gold during a time which included the reign of King Solomon will become most significant when we later examine King Solomon’s insatiable appetite for gold!