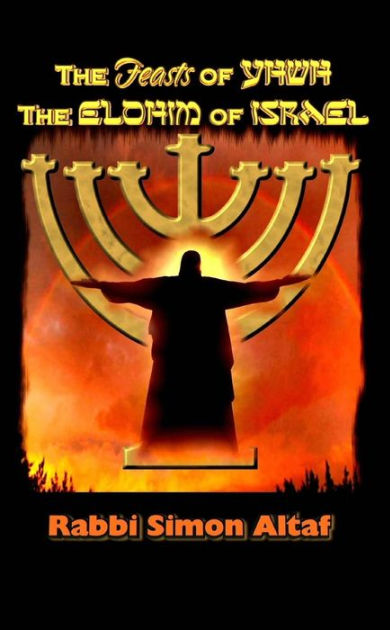 It is believed that Messiah Yahshua has fulfilled the first four feasts, Passover,
Unleavened bread, Bikkurim and Pentecost and He will come to fulfil the other three feasts in the latter days i.e. those upon us now.

Should we as believers keep the feasts?

Leviticus 23:2 “Speak unto the children of Israel, and say unto them, Concerning the feasts of the Lord, which ye shall proclaim to be holy convocations, even these are my feasts.”

Restoration Scriptures True Name Edition Bible
Leviticus 23:2 “Speak to the children of Yisrael, and say to them, The moadim of YHWH, which you shall proclaim to be miqra kedoshim, even these are My moadim.”

First of all it is important to recognise that Christendom has mostly associated the feasts with Jews but does the text justify their position that they took at the council of Nicea by people such as Constantine and others after him?

Does the text reading say “feasts of the Yahudim” (Jews)? No, the text reading says “speak to the children of Israel, these children were the 12 tribes that came out of Egypt with the mixed multitude (gentile converts also) so in essence the Jews are but one tribe, it is true that Benjamin came and joined with them but what about the other ten tribes that were dispersed by the Assyrians?

One must clearly answer in the positive that the feasts are not for the Jews alone but of Yahweh and His people, ALL 12 tribes and if we take Yahweh to be our Elohim then we have to obey Him since He does not change. If your theology teaches you that He changes or mutated at some later point after MT Sinai then you are teaching the doctrine of a false god not the Elohim of Israel.

Malachi 3:6 “For I am the Lord, [Yahweh] I change not; therefore ye sons of Jacob are not consumed.”

It could also be that you are adding to His words by introducing pagan feasts that have no connection or place with him. Be careful you are treading on thin ground since on the day of judgement no ecumenical council will be able to help you but you will have to answer for yourself.

Yahweh changes not so let us not force a change in our mind because that does not make Yahweh mutate simply because we wish that He did. Are you a son of Jacob i.e. from the twelve tribes or are you simply another goee gentile carrying heathen practices and claiming to be a follower?

Malachi 4:4 “Remember ye the law [Torah] of Moses My servant, which I commanded unto him in Horeb for ALL Israel, with the statutes and judgments.”

The Torah was given for ALL Israel that includes the twelve tribes and any other people that joined unto this nation thus becoming the COMMONWEALTH OF ISRAEL or more accurately Israeli citizens in the eyes of Yahweh thus it is incumbent for ALL of us to obey the Torah precepts and do what we can and leave what we cannot do. The feasts purpose was not only education and the foreshadowing of the coming Messiah but also it was to show others who you worshipped. Even though the Messiah has come that does not mean that is it so we should not celebrate because these ARE shadows of things to come (speaks in the future tense) i.e. the 2nd return of Messiah also. Colossians 2:16-17 Let no man (gentile or otherwise) therefore judge you in meat, or in drink, or in respect of an holyday, or of the new moon, or of the sabbath days: (17) Which ARE a shadow of things to come; but the body is of Christ.

Colossians 2:16-17 “16 Let no man (gentile or otherwise) therefore judge you in meat, or in drink, or in respect of an holyday, or of the new moon, or of the sabbath days: 17 Which ARE a shadow of things to come; but the body is of Christ.”

Although some Protestants may still hold animosity for the past for what the Roman Catholics did to them in terms of the persecution but reality is that Protestantism still carries many pagan Roman practices that have no legitimate Biblical mandate such as Christ-mass and Easter (Bunnies and eggs) that in the Biblical timeline are Sukkot (feast of Tabernacles) and Passover. Where possible we need to steer clear of man made commandments and stay focused on Yahweh’s commandments.