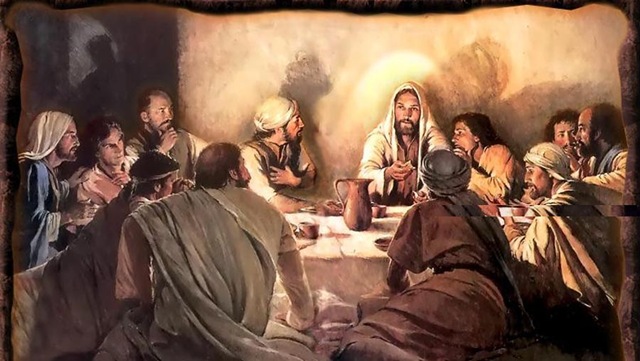 Did Yeshua Keep The Last Passover?

“15 And He said unto them, ‘With desire I have desired to eat this Passover with you before I suffer: 16 For I say unto you, I will not any more eat thereof, until it be fulfilled in the Kingdom of God.” (Luke 22:15-16, KJV)

A recent trend has appeared among the Sabbatarians which “claims” that Yeshua did not keep the Passover observance just before His crucifixion. Some “say” that “the last supper” which Yeshua partook of was simply that and not a Passover observance; many “claim” that He simply “desired” to observe the Passover, but that He was prevented by the events preceding the crucifixion (His arrest and trial, etc.); some “state” that He could not have been observing Passover because He did not eat it at the same time that the Jews ate their Passover; and others believe that the phrase “will not any more eat thereof” (Luke 22:16) meant He would not even eat of the Passover meal before Him—that He would not eat Passover at all until it was fulfilled in the Kingdom. It appears that the focus of this trend is a deep-seated belief that it was necessary for Yeshua’s observance to somehow fit neatly together with the religious observances of the Jewish nation at that time.

Which of these views, if any, is true? And is it necessary – or right – to use Jewish tradition as the standard for judging Yeshua’s actions during His ministry?

Let’s address the last of the above viewpoints first. In the above passage in Luke, the words “not any more” come from Strong’s #G3765 – ouketi – “from #G3756 and #G2089 – not yet, no longer” – translated most often “no more” in the New Testament, otherwise translated “any more,” “after that,” “not as yet,” “hereafter,” “no longer,” etc. If we consider all of these interpretations within the context of the passage, we see that Yeshua is stating His intention to eat that present Passover before His death, “for (because – #G1063) I say…I will not hereafter eat of it…” The structure of the sentence tells us His meaning: He does not say that He had desired to eat it in spite of the fact that He would not eat it again, but because of the fact He would not eat of it after that until its fulfillment. Rather than suggesting Yeshua’s refusal to eat that last Passover, the context almost demands the understanding that Yeshua did eat that Passover, because there would be no more after it for Him until its fulfillment in the Kingdom.

However, this alone is not enough to truly clarify the issue, so we must go on to the claim that Yeshua did not truly eat the Passover because He did not eat it at the same time as the Jews. The truth is that Yeshua did not eat Passover when many of the Jews did – John 18:28 bears this out. When Yeshua was led from Caiaphas to the judgment hall – after His Passover meal – this verse states that “they themselves (His captors) went not into the judgment hall, lest they should be defiled; but that they might eat the Passover.” It is obvious that whatever observance Yeshua kept before His arrest, it did not coincide with the Jews’ observance of Passover.

Is there any other support for the idea that Yeshua’s Passover observance was kept early on the 14th of Abib, well before the Jews’ observance? Yes, we can find very clear support for this in John Chapter 13. After Yeshua has given Judas the sop and Judas had left the table, verses 28-29 tell us, “28 Now no man at the table knew for what intent he spake this unto him. 29 For some of them thought, because Judas had the bag, that Jesus had said unto him, Buy those things that we have need of against the feast; or, that he should give something to the poor.” If Yeshua and His disciples had kept their Passover late on the 14th as the 15th began, the disciples would never have thought that Yeshua was sending Judas to buy anything, for the 15th is a High Holy Day and a Sabbath wherein no buying or selling was to be done (Nehemiah 10:31). However, if they were observing their Passover early on the 14th, then there would be no problem with this scenario since the 14th is not an annual High Holy Sabbath. Clearly, Yeshua and His disciples kept this Passover early on 14th of Abib—March/April.

So does the fact that Yeshua’s Passover which did not coincide with the Jews’ observance of the Passover mean that Yeshua’s Passover was not a true Passover meal? Absolutely Not! In fact, if we examine the events of the “original” Passover in Exodus, one fact becomes very clear: Yeshua kept His last Passover at the same time the “original” Passover was observed. The first Passover lambs slain were slain at the beginning of the 14th of Abib, notwithstanding Jewish tradition of Yeshua’s time or our own. Exodus 12:6 tells us, “And ye shall keep it (the Passover lamb) up until the fourteenth day of the same month (Abib): and the whole assembly of the congregation of Israel shall kill it in the evening” (Strong’s #H6153 – “dusk”). A firestorm of debate has sprung up around the meaning of phrase “in the evening,” with many rightly stating that it literally means “between the evenings”—that is, between sunset and darkness of any one day: the root of the word (#H6150) proves this. Although different interpretations of this phrase abound, if we look to Scripture and use common sense, the truth soon emerges.

When we examine the usage of Strong’s #H6153 in Scripture, it becomes obvious that this phrase means after sunset but before complete darkness, i.e., dusk—see Genesis 8:11; Exodus 18:13-14; Leviticus 11:24, 25, 27, 28, 31, 39; Numbers 28:4 and 8 (where the specific phrase “between the evenings” is used); etc. In context, especially in Numbers 28, this phrase clearly indicates the dusk at the beginning of the night, in contrast to the twilight at the beginning of the day. If this is true, then the slaying of the very first Passover lamb (by heads of households, not priests) occurred at dusk, directly after sunset on the 14th of Abib, with the meal being eaten in the night time portion of that day. (Notwithstanding past or current tradition, the original lamb could not have been slain late on the 14th of Abib, because that would have caused the Passover meal to fall on the 15th of Abib—which is not Passover, but the first day of Unleavened Bread.) With this in mind, we can see that Yeshua’s observance of Passover early on the 14th of Abib was truly a fulfillment of the “original” observance of the Passover that took place in Egypt. His meal was not merely a substitute meal which was forced on Him by circumstances and in contrast to the Jews; His meal was the ‘real’ observance of Passover which the Jews later that same day observed.

From these facts, we can clearly see that Yeshua’s Passover observance early on the 14th of Abib did not coincide with the Jewish observance which came much later on that day, and that His observance did not have to coincide with the Jews’ observance, because their observance was not kept according to the instructions given in Exodus. Tradition which had sprung up over time, fueled by apostasy and ignorance of Yahweh’s laws (2 Kings 22:8, 10-11 and 13; 2 Chronicles 29:6-8; 30:1-4 and 15-17; 35:1, 10-13; etc.), had supplanted Yahweh’s original Passover ordinances. Yeshua Himself rebuked the leaders of the Jews for allowing such things to happen:

“7 Howbeit in vain do they worship me, teaching for doctrines the commandments of men…. 9 And he said unto them, Full well ye reject the commandment of God, that ye may keep your own tradition.” (Mark 7:7 and 9)

All of this shows us the futility of using Jewish tradition as a standard by which to judge Yeshua’s actions.

In going on to deal with Yeshua’s “desire” to keep the Passover, we must ask whether He was interrupted in this desire by the events of His arrest and subsequent trial, conviction, and crucifixion. Two points immediately spring to mind: the first is that we know from the above study that Yeshua could very well have kept a valid Passover observance early on the 14th of Abib, well before His arrest later in the evening, therefore making His desire to keep that Passover possible. The second is that Yeshua’s desire to keep the Passover presupposes the idea that His desire could be met: if He truly knew the details of His “decease which He should accomplish at Jerusalem” (Luke 9:31), how could He not know that this decease was to be accomplished on the 14th of Abib? And if He knew the details, why desire that which He knew could not be satisfied? Simple logic (and Yeshua Himself) tells us that He had looked forward to it with desire because He knew that after the comfort of sharing one last Passover observance with His disciples, He would have no other until its fulfillment.

Obviously, the last three arguments listed at the beginning of this article are not valid points when tested against Scripture and common sense. The final point to address is the first one stated: Was the meal that Yeshua ate simply His “last meal” and nothing else? In answering this question, we find a clear and simple truth stated by Yeshua Himself which addresses not only this question, but the other three as well:

“17 Now the first day of the feast of unleavened bread the disciples came to Jesus, saying unto him, Where wilt thou that we prepare for thee to eat the passover? 18 And he said, Go into the city to such a man, and say unto him, The Master saith, My time is at hand; I will keep the passover at thy house with my disciples.” (Matthew 26:17-18, KJV, emphasis added)

“12 And the first day of unleavened bread, when they killed the passover, his disciples said unto him, Where wilt thou that we go and prepare that thou mayest eat the passover? 13 And he sendeth forth two of his disciples, and saith unto them, Go ye into the city, and there shall meet you a man bearing a pitcher of water: follow him. 14 And wheresoever he shall go in, say ye to the goodman of the house, The Master saith, Where is the guestchamber, where I shall eat the passover with my disciples?” (Mark 14:12-14, KJV, emphasis added)

“7 Then came the day of unleavened bread, when the passover must be killed. 8 And he sent Peter and John, saying, Go and prepare us the passover, that we may eat…. 11 And ye shall say unto the goodman of the house, The Master saith unto thee, Where is the guestchamber, where I shall eat the passover with my disciples?” (Luke 22:7-8, 11, KJV, emphasis added)

If it is true that in the mouth of two or three witnesses a thing shall be established (2 Corinthians 13:1), then we have here three witnesses who openly testify that Yeshua by His own mouth stated that He would keep the last Passover before His death. Any attempt to read any other meaning into His words can only result in branding Yeshua as a liar—either He did keep the Passover as He stated or else the statements quoted above were lies. In the end, our simple belief in Yeshua is the embodiment of Truth, Who cannot lie, should put an end to the claims that His last meal was not His last Passover observance as well.

The most important thing we must keep in mind here as we study Scripture is that the focus of Scripture is Yeshua, His Truth, and His Actions, not whether His actions can be forced to fit in with the traditions of an apostate nation. We are to follow Yeshua’s example in all things, leaving behind the traditions of men in order to embrace His Truth, for it is only in Him that we find the fulfillment of all things. 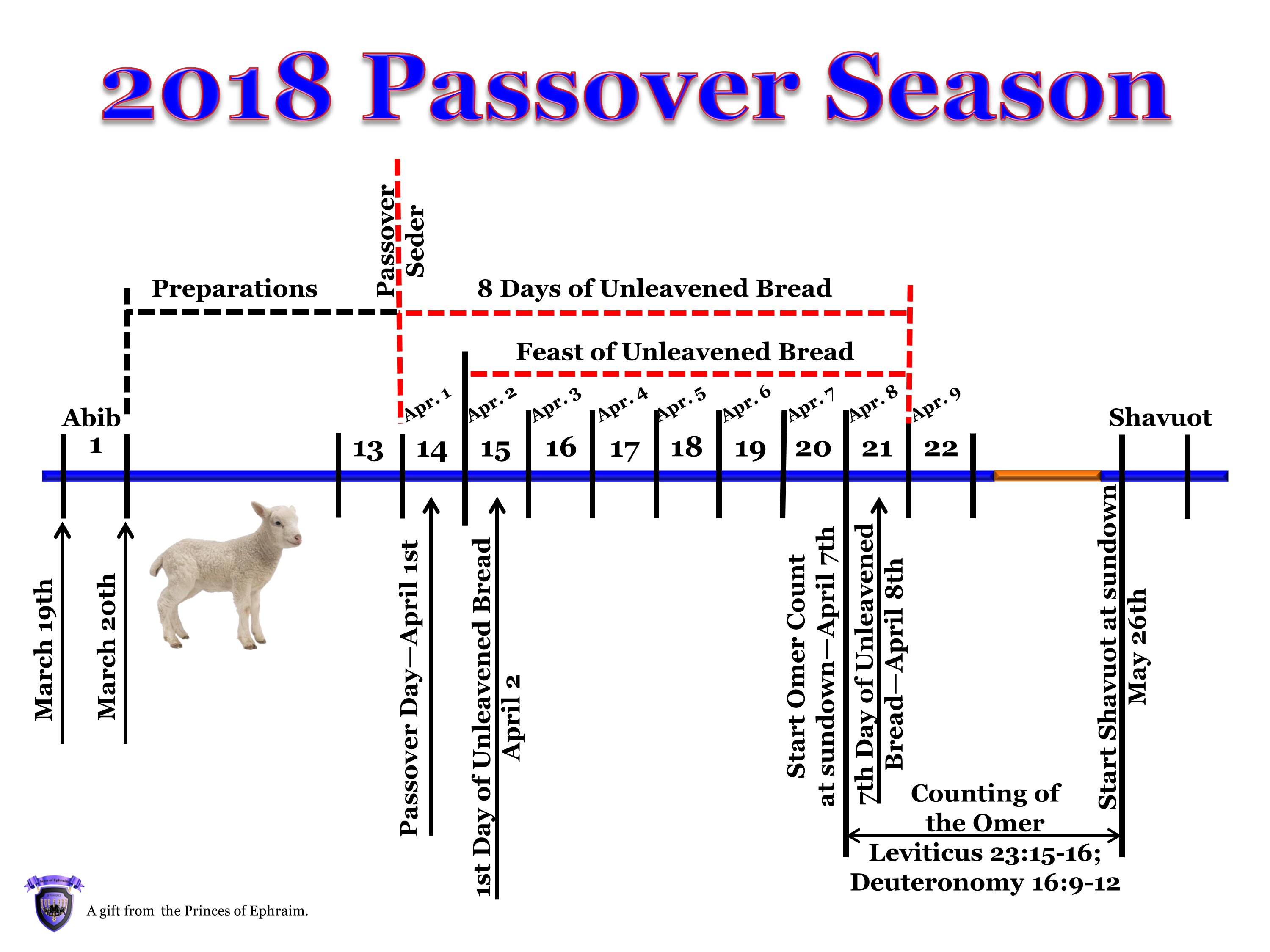