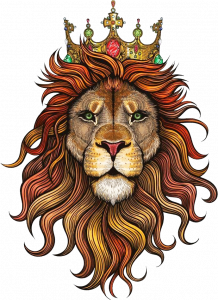 Stephen is going to walk us through the Blood covenant and what that means and he is then going to follow that up with how Yehshua died as the Rebellious Son spoken of in Matthew. By that time Stephen completes this teaching He is going to have you in tears as you come to grips at just how great a price was paid for you. Yes for you.

Although this teaching is for Shavuot (Pentecost), the results of ignoring our Blood covenant at Mt Sinai, had a significant effect that took place at Passover.

This teaching will move you unlike any other.

Who Are You America?
Stephen Spykerman

Stephen Spykerman is author of “Who Are You America?” – Contains an astonishing prophetic message for our time, as it brings the revelation of an ancient secret about America’s true ancestry and heritage. Incredibly this awesome fact has for two centuries been hidden in plain sight! This essential truth has major Geopolitical implications for the United States, let alone for the whole world community of nations. The subject matter concerns America’s connection with Israel both ancient and modern.

The reader cannot fail to be impressed by the revelatory explanation given to every aspect of America’s colorful heraldry. It literally is an eye opening experience! After you have read this book and studied its illustrations, you will never be able to look at either the Great Seal of America or the Presidential Seal in the same light again.

“Who Are You America?” removes the veil that has lain over the true ancestry and the incredible origins of the American and related peoples of this world. Its author offers a stark call for American’s to wake up and rise to the incredible promise of their amazing heritage. At the same time the reader is shown how in these perilous times the fortunes of the nation might be restored.

Guest Speaker and Author Stephen Spykerman shares amazing Proof of KING DAVID’s throne in EUROPE and the fulfillment of God’s promise to always have a King over Israel from the line of David! See how this knowledge reveals more understanding about who and where Israel has migrated and understand your true deeper identity in Israel!

Who Are YOU America? – AMAZING facts of how the Descendants of Israel founded America!
Stephen Spykerman

Author Stephen Spykerman from Wales spoke at the Assembly of Called-Out Believers giving two messages on Shabbat May 26th, 2018… the first message was called “King David’s throne in Europe” and the second was called “Who are you America”! Both studies reveal where Israel is hidden both in Europe and in America!

Stephen is the founder of Ephraim’s Watchman and a former Board Member of the Commonwealth of Israel with Pastor Isaac, and served as the Moderator at the 2016 Shavuot Conference in Jerusalem as well as the 2017 COI conference.

Stephen is the author of “Christians and Jews – the Two Faces of Israel” as well as “Who are you America?” and “A Game Changing Revelation – Volume 1 & 2: The Hidden Ancestry of America and Great Britain” and many other books which reveal much about who and where the descendants of Israel are today! See how this knowledge reveals more understanding about who and where Israel has migrated and lends a deeper understanding to your true identity in Israel!

Christians and Jews and YOUR IDENTITY in Israel!
Stephen Spykerman

Come realize your true identity, purpose and Destiny! Learn about how you as “Notzrim” Called-Out Believers are a part of the Commonwealth of Israel! “And there shall be a day that the watchman upon Mount Ephraim shall cry, Arise ye, and let us go up to Zion unto the Lord our God” (Jeremiah 31:6). YHWH says through the prophet Ezekiel (Ezekiel 37:15-28) that He desires to make the lost sheep of Israel who are dispersed amongst the Nations unified with Judah as one again in His hand! Come join us in helping wake up Israel to their true identity, returning them to a love for YHWH’s Torah Covenant, and helping restore them to unity with their brother Judah!

Root Source news covers an event on the reconciliation of Ephraim and the Ten Tribes with Judah, in Jerusalem. The conference was put on by COI – the Commonwealth of Israel and it is about the two houses: Israel/Ephraim and Judah coming together. Reporting by Bob O’Dell.

More from our Stephen Spykerman interview on the Ten Tribes may be found here: https://youtu.be/bWdVtojkRKY

Root Source News asks Ten Tribes author Stephen Spykerman about the history of British Israelism, why he does not support it, and what happened when he visited one of their meetings.

See our full report on the conference at https://youtu.be/uvLWA9YPalk

Ten Tribes: Where is it headed?
Stephen Spykerman

Root Source Interviews Ten Tribes author Stephen Spykerman from the UK and we asked him where is this idea headed? Listen as he describes how the Ephraim and Judah issue is going and how it will impact the entire world.

We also interviewed Stephen as part of a news story we did on the Commonwealth of Israel conference at https://youtu.be/uvLWA9YPalk

The Common Wealth of Israel Shavuot Conference of 2017 presents a paper by Steven M. Collins on the Ten Lost Tribes of Israel. Material presented by Stephen Spykerman.

For more information on Steven M. Collins or to order his books, go to https://stevenmcollins.com/

Amazing End Time Biblical Prophecy fulfilled when after 2,700 years of exile from the Land of Israel a modern remnant of Ancient Israel and members from the House of Judah hand each other the 2 Sticks of Ezekiel in a symbolic Peace Reconciliation ceremony in Jerusalem in June 2016. The gathering of delegates from the four corners of the world proves that ‘Yosef is Alive’ and that the Time of Final Redemption is approaching. A Truly moving ceremony proving that the Bible is True with its predictions, 3000 years in advance, that Jerusalem, the Land of Israel and its Nation will be restored by the Return of not only Jews from the House of Judah, but also the remnants of the Lost House of 10-Israel who will Re-identify with the Torah and Return to the Land of Israel.

“The Prodigal Son” a talk by Stephen Spykerman at Shavuot Reconciliation Conference /Jerusalem 2016.

After 2700 years of separation of Religion and Culture the first major gathering of the 2 estranged Houses of Israel has taken place in Jerusalem on Shavuot 2016, to discuss reconciliation, mutual respect & seeking a collective way into a Torah-orientated future, as one Nation, under the Almighty GOD of Israel.

Stephen talks about Matthew Chapter 5, the Gospel of The Kingdom, the Restoration of the Davidic Kingdom, Christians and Jews, Ezekiel Chapter 37, what’s the Old Covenant that the New Covenant Replaces and population. You do not want to miss this interview.

Capture The Moment with Stephen Spykerman Part 1 of 2

Capture The Moment with Stephen Spykerman Part 2 of 2

The video sources are noted below.

The Lost Tribes of Israel

The Gospel of the Kingdom