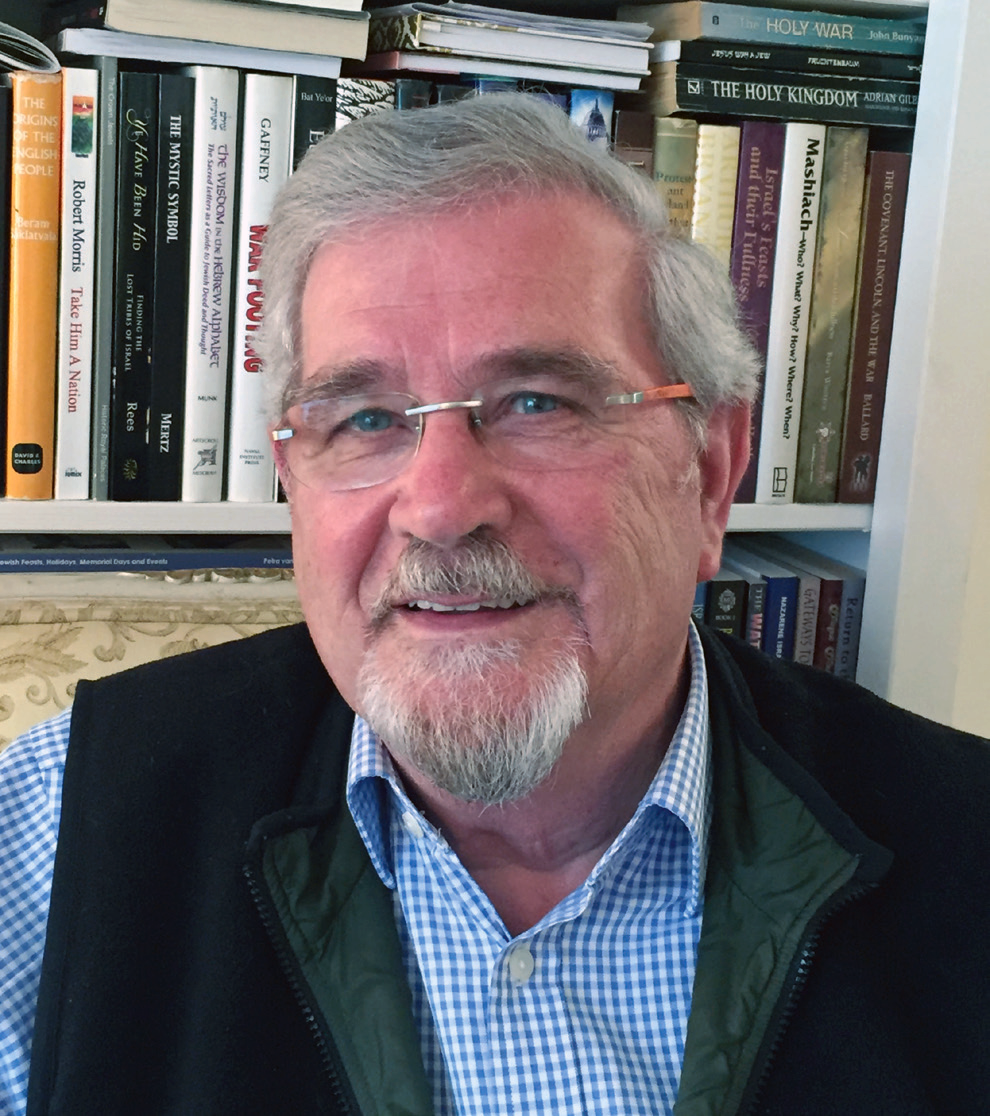 STEPHEN J SPYKERMAN was born in September 1940 during the Nazi occupation of Holland. His parents were Catholics of Jewish origin and he was the fourth son of seven children with a Dutch father and an English mother. The family escaped the Holocaust due to his parent’s Catholic religion plus the fact that his mother was English, and thus she was seen as the English rather than the Jewish woman. Stephen’s early years were full of excitement and danger, as their house for some time became the emergency headquarters for the Dutch resistance in his region. Prior to this his father was arrested by the Nazi authorities and held as a hostage for a period of time in a special prison for people who were considered influential in their local communities. His parents also sheltered Henny Cohen, a Jewish woman, who was hiding whilst on the run from the Nazis. At the same time their formidable children’s nanny worked as courier for the Dutch resistance. At age seventeen Stephen had a major encounter with God, which resulted in his leaving the Roman Catholic Church for good.

Having received a solid general education, he spurned the higher education his parents had hoped for and entered the world of retail fashion at age nineteen. After working in his hometown for a few years he left to try his luck in London, where he trained as a tailor in various high-class fashion houses. Whilst he was aware that his maternal grandfather had been a renowned tailor in London, he did not realize at the time that he was following a family tradition going back for at least five generations. Then in 1965 he married Virginia Edwards, and after the second of his four children was born, he left the fashion industry to take up a more lucrative career in financial services. During a successful career he pioneered a number of new schemes and concepts in charitable giving and seminar selling, and became an international speaker in his field. His interest in public speaking led him to direct his own public speaking club. In the years prior to his retirement in 1997, he became involved in a Speakers Bureau, after which he and a colleague set up their own International Speakers Bureau in London.

Once retired from day-to-day business he started writing books and founded Mount Ephraim Publishing as a vehicle for his work. As an Elder and representative of the Mayim Chayim Messianic Community in England he visited Israel in 1998 and, whilst there he re-discovered his interest in the truth about the Two Houses of Israel. In his subsequent visit the following year many doors were opened for him into a number of Orthodox communities in Jerusalem, who much to his surprise embraced the same truth. On one memorable occasion he was given the rare privilege to teach some senior rabbis some of the aspects he had learned about the future restoration of the whole House of Israel.

In the year 2000 Stephen received the calling to become, “A Watchman on Mount Ephraim!” – as per Jeremiah 31:6. Then in 2010, Stephen, his wife Virginia and his daughter Melissa moved to Israel, where they settled in Ariel, which is in the so-called ‘occupied territories’ to study Hebrew at Ariel University, where the family remained for two years. Whilst in Israel, Stephen and his wife organized an eight-day Sukkot Festival, [Feast of Tabernacles], in the Old City Quarters of Jerusalem, as a haven for Messianic believers, Hebrew Roots people and Ephraimites from all over the world. The family had hoped to remain in Israel for good. However, God ruled otherwise and it was a terrible wrench for the whole family to have to leave. The pill was softened somewhat, as within just one year, three of his books were published in the United States, and doors were opening in all directions for the work of Mount Ephraim. To this day he continues to give lectures, radio and T.V. interviews. Stephen Spykerman is a consummate communicator and he has addressed audiences and conferences in Great Britain, Canada, the United States, Ireland, France, Belgium, the Netherlands, Israel, Malta and Cyprus.