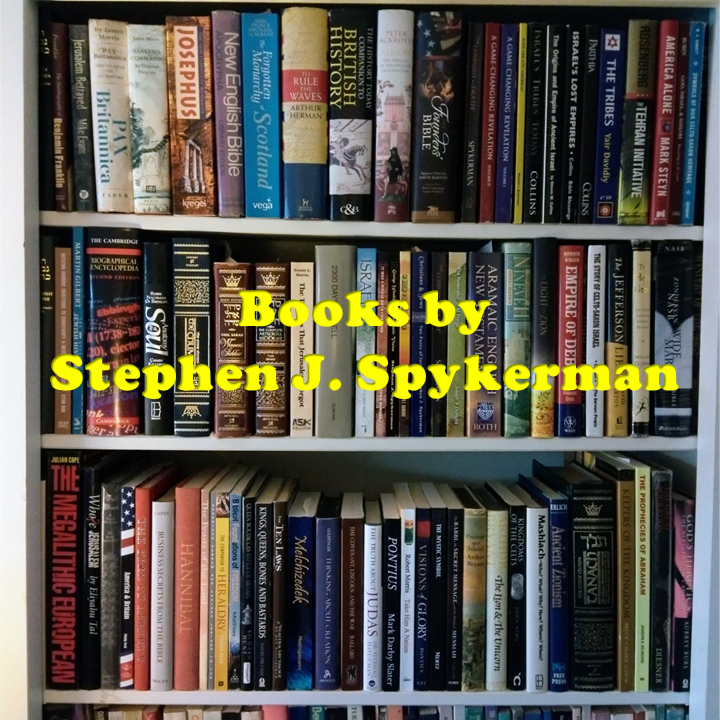 “Who Are You America?” – Removes the veil that has lain over the true ancestry and the incredible origins of the American and related peoples of this world.

“Who Are You America?” – Contains an astonishing prophetic message for our time, as it brings the revelation of an ancient secret about America’s true ancestry and heritage. Incredibly this awesome fact has for two centuries been hidden in plain sight! This essential truth has major Geopolitical implications for the United States, let alone for the whole world community of nations. The subject matter concerns America’s connection with Israel both ancient and modern.

The third peril to come upon America is an invasion of massive forces coming by land and sea. Those hostile armies numbering multiple millions of men, coming...

By all accounts young George Washington seems to have been the recipient of God’s supernatural charge or protection-so much so that he became known as the “The Soldier Who Could Not Die!”

This book contains George Washington’s Three Peril Visions. Each vision is explained with the last vision being the worst of all three visions.

​The Third Peril Vision is a timely vision. If we take a bird’s eye view of everything that has and is taking place in America, it is clear to see that America is moving rapidly into the Third Peril.

Daniel was told to: “Shut up the words…..Go your way Daniel, for the words are closed up and sealed till the time of the end.” (Daniel 12:4 & 9). The Good News for Christians reading these pages is...

This groundbreaking work is full of amazing revelations about the hidden meaning underlying many of the Parables of Jesus. The reader is taken on a spellbinding journey with Jesus Christ.

The Prophet Daniel prophesied that in the time of the end; “Many shall run to and fro, and knowledge shall increase!” The author suggests that this term clearly has a dual application, as it is a reference not only to the unprecedented explosion of material knowledge today, but…

Has the Law been Nailed to the Cross?

Why do all these churches agree on this one doctrine, whilst disagreeing amongst them-selves on almost any other? Why are they so united on this particular teaching?

Has the Law been Nailed to the Cross? Many Christians believe that the New Testament speaks of the Law having been done away with. They maintain that the church does not need to keep the commandments of God because they believe that Jesus has nailed them to the cross. The only person who can give a definitive answer is Jesus Christ Himself.

Did Jesus not come to usher in the New Covenant? Have we not since the advent of Christ arrived at an altogether new dispensation? Did Jesus not condemn the Scribes and the Pharisees for their hypocrisy and legalism? You will need to read the book to find out what Jesus Christ has to say.

The Parable of The Prodigal Son

The really intriguing question we need to ask ourselves is; What if there is still more to this parable than we understand on the surface?

The Christian interpretation of this parable is that it highlights the infinite mercy of God the Father towards the repentant sinner. The two sons being spoken of are two born again Christian believers. The younger son is attracted by the ‘cares of this world’ and he is tempted to leave his father’s house (the Church) to pursue a life of earthly pleasures, whilst the older son holds faithful to his calling and remains at home serving his father.

An obvious connection with the Prodigal son is found in the Parable of the Lost Sheep which Yeshua relates in the same chapter, as He addresses a great crowd of tax collectors and sinners in the book of Luke.

The Covenant with DEATH

The Covenant with Death – An Urgent Warning for our Time This book–whose portentous title is lifted directly from the ancient writings of the prophet Isaiah Chapter 28:15.

The Covenant with Death – An Urgent Warning for our Time — This book—whose portentous title is lifted directly from the ancient writings of the prophet Isaiah Chapter 28:15. Isaiah’s warning is not directed strictly to Judah but rather to the entire family of Israel. Who then are the descendants of the 12 Tribes of Israel who should be heeding the warning voice of Isaiah? Do you know?

The evidence presented in this book “proves” (by means of Scripture and History) that the Ten “Lost” Tribes became the source of most of the “native” populations of Western Europe and Great Britain.

Who are the Americans & the British?
As Britain’s empire faded a new Anglo-Saxon star arose on to the world scene. It is almost as if an unseen hand had…

What person in the world has not thought about his own personal ancestry? Most of us are able to research back a few generations, or even a few hundred years. However, tracing back the ancestry of a nation takes one into a much greater and more complex dimension altogether. Logic would suggest that if it is possible to trace back our own personal ancestries, one ought also to be able to do the same for a nation.

From the moment Edward Heath signed the Treaty of Accession to the then Common Market in 1972, Great Britain began the process of becoming a vassal of Europe.

History has given us a precedent. Ancient Israel experienced moral decline and much like Britain today, it led to a similar loss of national confidence. Israel’s leaders favored accommodation rather than confrontation with the fearsome power of the Assyrian Empire. The policy of appeasement backfired badly, as when King Jehu in 841 B.C. sought the help of Emperor Shalmaneser III against his Syrian enemy he reversed Israel’s policy of guarding her sovereign independence, and his action led to Israel becoming the vassal of Assyria. From that day forward Israel’s kings were expected to pay tribute to their Assyrian overlords.